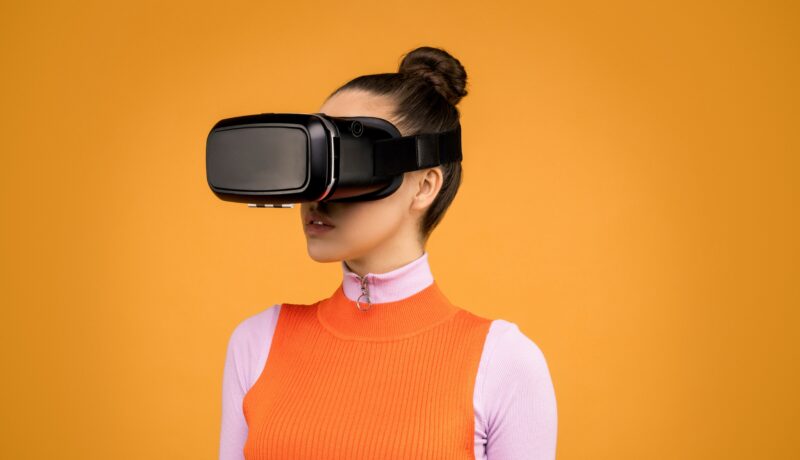 The Future of Retail is More Than Digital: It’s A Three-Dimensional (Virtual) Customer Experience

Ever since Facebook rebranded, and assumed the name Meta, the term metaverse has entered the public consciousness and become a popular topic of conversation. Discussion of the metaverse has materialised almost, as if, from nothing.Virtual environments and digital goods have exploded onto the retail scene “enter the (retail) metaverse”.

With major retail players Dolce and Gabbana, Dior, Burberry and many more jumping on the trend, what does this really mean for the future landscape of retail? Before we analyse the impact of the metaverse on the retail industry, let’s take a step back. Although it has been the subject of countless conversations, news segments, and articles, there still remains a great deal of confusion. This leads to the question…

What Is The Metaverse?

Without delving too deep , the metaverse is essentially the internet. However, not the internet as we know it. The metaverse refers to a three-dimensional internet. A natural progression from the two-dimensional model that has been the norm for decades. From this point, the internet will evolve and expand beyond the confines of a simple screen. Though we are in the early stages, the next phase of the metaverse will rely on advances in Virtual Realty (VR) technology to ensure the transition from two dimensions to three.

The metaverse is defined by more than dimensions; a significant element that can’t be excluded is that of digital avatars. These figures are a digital representation of the user. The concept will be familiar to any individual who has played video games. An avatar is a character that the user controls. In many video games, the user is able to customize their avatar, allowing them to create a digital character in their own image; this creation can be either hyper realistic or entirely creative

In essence, the metaverse is an immersive experience. It represents the intersection of physical and digital environments. The boundaries between the two are beginning to erode.

Over the past year, the purchase of digital goods have grown in popularity. While this trend began in the gaming community, with users purchasing items that personalize their digital avatars, this practice has expanded into digital retail and even the physical world. The influence of online gaming cannot be overlooked. Titles such as Fortnite and Roblox have become major drivers of consumer spending, with users purchasing physical goods to reflect the styling of their digital avatars. This is the reverse of past behaviors where the avatars were styled to reflect the users physical self. The future potential of the metaverse, and its influence on retail, should not be overlooked. As reported by The Business of Fashion, gamers spend an average of $100 billion a year on digital goods.

This is an untapped market with plenty of room for growth.

Digital goods are but a small piece of the larger digital experience. Virtual experiences are where brands can truly excel. Charlotte Tilbury, for instance, has initiated a digital experience that enables users to browse through their virtual store. The experience is social in nature, with users able to invite up to four people to their party. Virtual stores are not exclusively focused on sales. The future of virtual stores will integrate sales associates and influencers into the experience, guiding users through the store and introducing them to new products. The virtual aspect of selling will assist brands with customer interaction, allowing brands the opportunity to introduce themselves to a broader audience.

The metaverse will be a useful tool for brands in future. How they choose to utilize virtual environments will greatly impact the relationship they have established with their customers.

Once upon a time, high-end retail brands were exclusive to physical stores. During the last few years, retailers have taken their first steps into the virtual world—making their debut on a global stage. Virtual gaming has a significant reach—with many games attracting millions of users per day. The ability to personalize an avatar with branded accessories has proven to be popular among the gaming community. In 2019, Louis Vuitton designed skins for League of Legends; the online multiplayer game records an average of 110 million users per month. The reach of this launch is significant. Ralph Lauren and Nike followed suit in 2021 with special collections designed exclusively for Roblox. Nike designed an entire environment, titled ‘Nikeland,’ that enabled users to play games and accessorize their avatars in apparel inspired by real-world items. Ralph Lauren, on the other hand, released a holiday themed collection that reflected the brand’s American-casual aesthetic. With such a significant number of users online, retailers and brands will need to move quickly to establish their virtual presence. 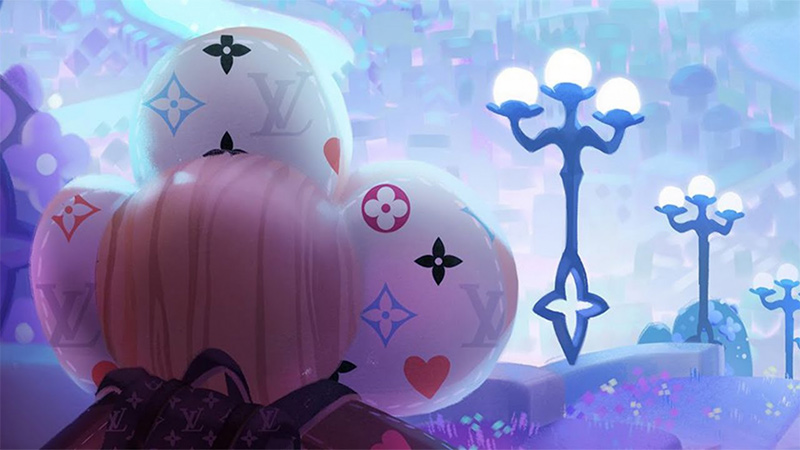 Taking it a step further, the most experimental brands are branching out into the NFT market. An NFT, or Non-Fungible Token, is a one-of-a-kind digital item that belongs to a single owner. These items rely on blockchain technology and function as a digital asset, which can be traded or sold like any other asset.

The explosion of the NFT market has attracted familiar brands within fashion and beauty. Although they might be limited to the digital space, NFTs encompass a diverse array of items. For example, Givenchy Parfums released a collection of digital photos in support of LGBTQIA+ charities during Pride Month. Several months after Givenchy’s NFT launch, Burberry released a digital-only toy named Sharky B. The release was in collaboration with the open-world, multiplayer game Blonko’s Block Party. The most high-profile release, however, was the nine piece collection designed by Dolce and Gabbana. The collection drew inspiration from the city of Venice, with depictions of the city’s architecture and artisanal crafts woven into the designs. Altogether, the collection sold for the equivalent of $6 million. 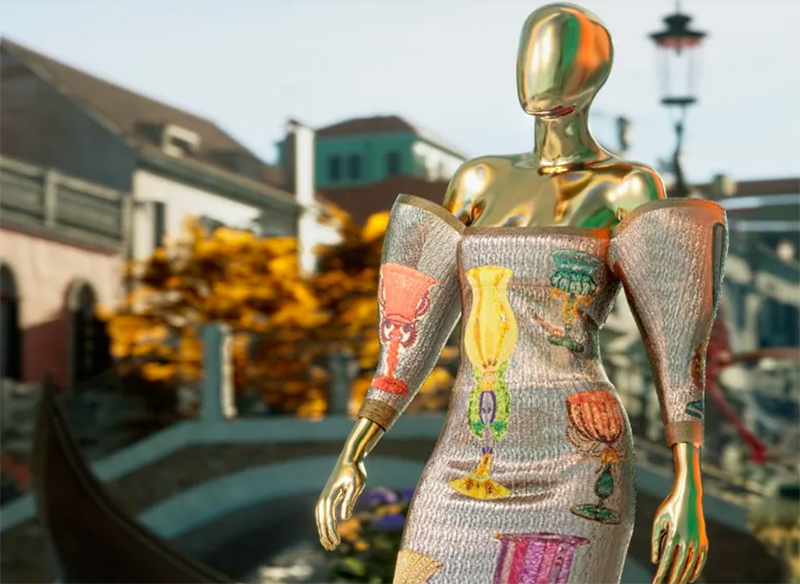 The success of these recent NFT releases demonstrates the potential opportunity available to high-end retailers within the metaverse. There is an appetite for digital goods, and the creative possibilities for heritage brands is boundless.

A brand that is diving deeper than most into the metaverse is none other than Dior. The fashion house has partnered with Ready Player Me—a virtual avatar platform—to develop a branded experience for their customers. At present, the platform is integrated with over 300 apps and games; an established digital ecosystem that can convert existing users into potential customers. Although in its infancy, the digital platform will allow customers to explore branded environments and enable them to purchase fragrances exclusive to Dior.

The Future of Retail

At present, the future of the metaverse is uncertain. The process of moving retail into the digital space has accelerated over the past two-years. Interest in virtual experiences has largely been driven by the prolonged effects of the pandemic. With fewer opportunities to meet in-person, the metaverse has become a suitable alternative for everyday activities.

Virtual environments have become a common alternative for a wide variety of activities, including work, school, casual gatherings, film screenings, and concerts. In such a short period of time, the majority of our interactions in life have been moved online. This change has not gone unnoticed by the retail sector.

Brands are taking this opportunity to experiment with and test the capabilities of virtual customer experiences. As consumer interest builds, brands will have more of an incentive to invest their time and resources into the metaverse. With the boundless potential of virtual environments, brands are able to create more immersive experiences for their customers.

Whatever the future may bring for both retail and the metaverse, it is evident that there is no going back.

Retail brands have made their entry into the digital space, but there is yet more that can be done to take advantage of the potential offered by virtual environments. This is an opportunity for brands to curate experiences for customers that build a deeper connection over time.

What this means, at present, is undefined. But that is the beauty of the internet and digital environments; the metaverse will be bound by the limitations of human ingenuity and imagination. With that in mind, the possibilities appear endless. 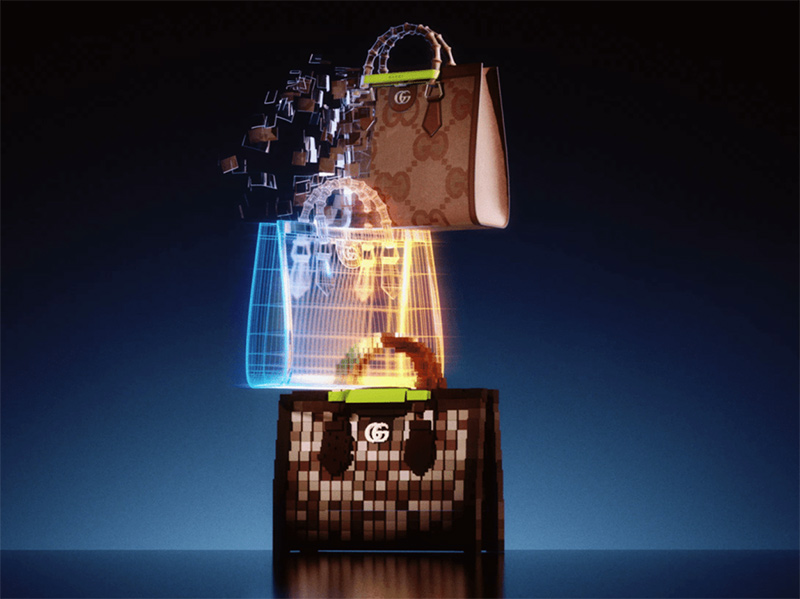